Conclusion: The proposed method was found to be sensitive, accurate and reproducible, which provided an effective quantitative analytical method for quality control of Desheng pills. 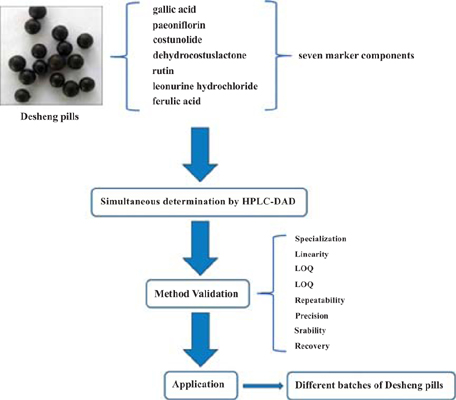