Background: The development of sound bioanalytical LC-MS (liquid chromatography-mass spectroscopy) method(s) is of paramount importance during the process of drug discovery, development and culminating in a marketing approval. The use of oral antidiabetic agents has been increased significantly from the last decades and till now no bioanalytical method is available for quantitation of sitagliptin (SG) and ertugliflozin (EG) in biological matrix which can be applied to pharmacokinetic studies using LC-MS/MS. 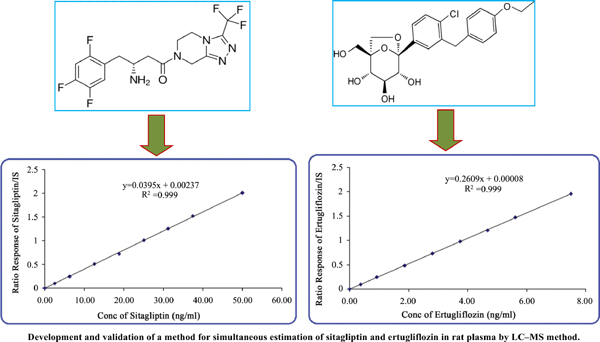